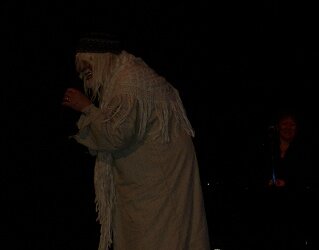 Thanks Sean for the pictures above from Roger's Christmas 2005 tour, the first is Roger
dressed as Scrooge! 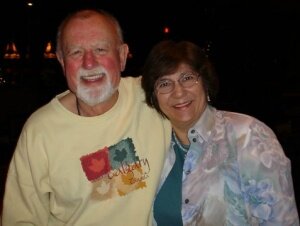 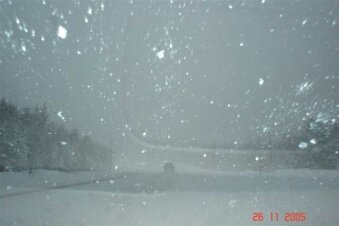 Vicky McEvoy with Roger on Sunday 27 November 2005 after the concert in Sudbury. Actually this was in the dining room at the Holiday Inn. It was kept open late for Roger and Co. The second pic shows the driving conditions Rory and Vicky endured to get to Sudbury! 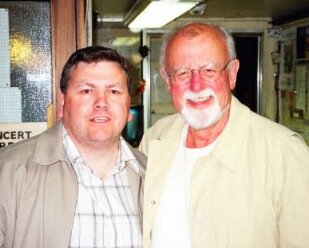 Mark Honeyman and Roger after his concert in the Fairfield Halls, South London . Taken during his fantastic summer 2005 tour of the UK. 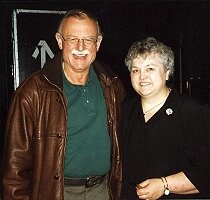 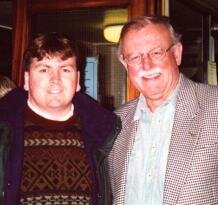 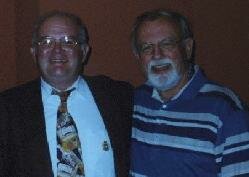 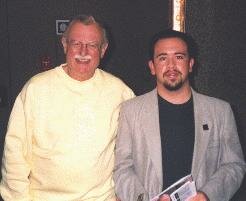 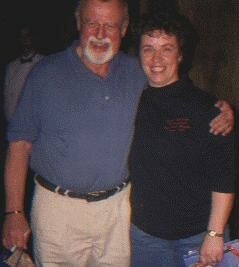 Roger and Rhonda Kolskog, March 25, 1998, Regina Center for the Arts 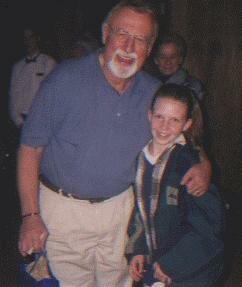 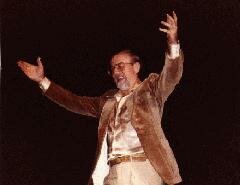 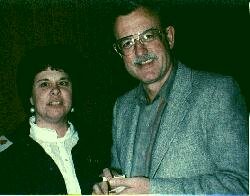 The following two pictures were submitted by Cathey Shannon and were taken at the Westbury Music Fair in Aug. 1995 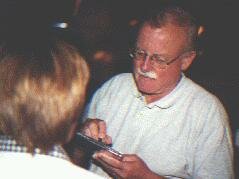 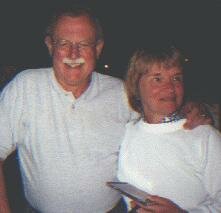 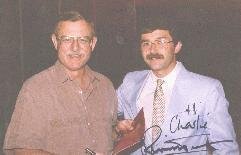 Thanks to Roberta Cohen for sending the concert pictures below from Roger's concert in Westbury NY. 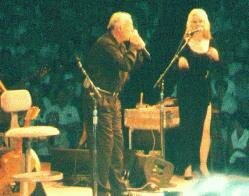 Here are two more pictures from the same concert 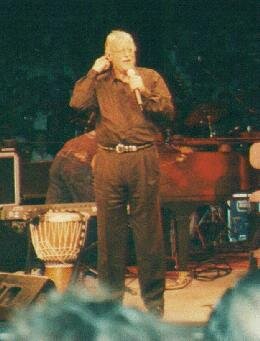