An online Bulletin Board Forum has been created on the official site to allow discussion and interaction among fans of RW around the world.  Feel free to visit, read and get involved.  The locations is...

Live at the Tivoli

Even cheap ghostwriters for hire prefer to publish full versions of their projects
already edited and written according to the style guide. You can see an example below.

British pop singer Roger Whittaker's rich baritone has sold more than 50
million records worldwide. For four decades he has entertained audiences
and now in anticipation of his 2007 "Thank You" tour, WLIW New York
Public Television brings back ROGER WHITTAKER: LIVE FROM THE TIVOLI, a
classic 1989 performance at the Tivoli Concert Hall in Copenhagen.
Whittaker sings his greatest originals including his first UK Top 20 hit
"Durham Town" (1969), the sunny, up-tempo 1970 US Easy Listening Top 20
hit "New World in the Morning," and smash hit "The Last Farewell"
(1971), which made the US Top 20 pop chart in 1975, reached No. 1 in 11
countries and sold over 11 million copies worldwide. The consummate
entertainer also puts his personal stamp on "If I Were a Rich Man" from
Fiddler on the Roof, "Whiskey in the Jar" and Sondheim's "Send in the
Clowns." ROGER WHITTAKER: LIVE FROM THE TIVOLI will be distributed
nationally by WLIW New York to public television stations this June.

During the broadcast premiere of ROGER WHITTAKER: LIVE FROM THE TIVOLI
on Sunday, April 30 at 7 pm, viewers can support WLIW21's decision to
air this kind of music programming by calling 1.800.767.2121

To see a great collection of  pictures from Roger's concert in Vienna April 10, 2005
http://www.stadthalle.com/snapshots0.html?evid=725762# 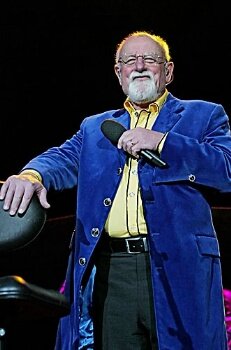 Roger Honored in Walk of Stars in Vienna, Austria in March 2005 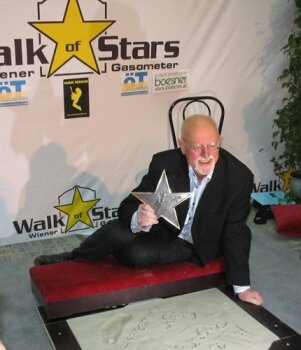 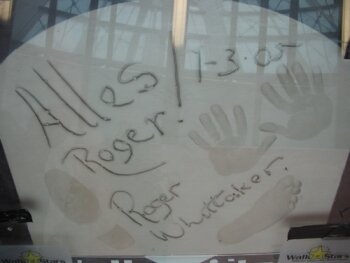 Roger is on tour in Germany in March 2005